skip to main | skip to sidebar

Please remember that the Picnic date is Sunday August 12, 2012 at 12:00 noon. It was incorrect in the first mailing.


The Lake Thompson Lake Association annual meeting took place on Sunday, June 17, 2012 at Holiday Acres Resort.  After brunch, the association members in attendance adjourned to the outdoors for the annual meeting in the tent still up from a wedding the day before.


18 members were in attendance.


Frosty (Charles Smith) was nominated and voted in as President of the Lake Thompson Lake Association.  Still needed is a vice president.  If anyone else is interested please let Frosty Smith or Mike Rolling or one of the other board members know. There is one volunteer at this time:  Vote or appointment to the position will occur at the annual picnic.


Note:  In anticipation of Lake Thompson eventually becoming another lake with some type of AIS, it was decided in 2011 to raise the dues and build up some extra capitol as a start on a fund for eradication or containment of any AIS that would be found in the lake.  The Lake Thompson property values depend on keeping our lake free of AIS. Lake Thompson has a group which monitors the motor craft entering or leaving the lake and educates those who use the public boat landing.  Many members have expressed their appreciation to the efforts of those persons who participate and volunteer at the landing.  Volunteers are always appreciated!  If anyone is interested in participating, please notify a board member.


Annual Meeting:  Discussed in the general meeting were the best days and times for the annual meeting.  A Sunday brunch was tried for the 2012 annual meeting.  Attendance was less than usual, possibly because it was Father’s Day and not on Friday night.  At this time, next year’s summer dinner is planned as a supper buffet on the last Friday in June, (June 28, 2013). (Secretary’s comment: Most of the persons attending were those who live on the lake full time)


The Annual Picnic be held in August. 13, 2012 at 12 noon at Holiday Acres.  A change to this year’s gathering is that the Lake Association will provide meat for attendees.  Hamburgers, Brats, and Hot dogs, buns and beverages will be provided.  Families should bring a dish to pass and your own tableware. There will be free hay rides!  Bring the kids and grandkids!


A Merrill Ice Drag Race Car/Truck Club has scheduled a race on Lake Thompson on Feb. 24, 2013.  This club plans to conduct the race in the bay which opens off the boat landing.  Included in this mailing is a layout of the proposed race track.  Members in attendance at the Annual meeting expressed opposition to this event and discussion occurred.  Of concern is the use of the center bay, continuing south west into and including the area of the Norwood Condos Association bay, across from the boat landing.  Ice will be plowed by the Ice Drag Race Car Club from the time there is  12 inches of ice up to the day of the race.  Snowmobile traffic and vehicle traffic traveling across the bay will be affected.  Of concern is:  the high berms, which will result from the plowing and which will not disappear until the ice melts in the spring.  Because Wisconsin lakes are owned by the State of Wisconsin, lake owners cannot prevent this race event from going forward.  In like manner, the Car Club members cannot move ice shanties that might be in the way.


Discussions with the Town of Pelican Board and the DNR have been unsuccessful in preventing this race.


Other concerns expressed by Lake Thompson owners are:


-Noise and activity of trucks and/or 4 wheelers plowing the ice.


-Traffic the day of the race


-lncreased attention to Lake Thompson and the traffic it will bring.


Should this event be successful, the car club members have expressed intent to have more than one race on Lake Thompson in future years.  In informal discussions, most members expressed that there were many lakes between Rhinelander and Merrill and the hope is that another lake will be found on which to have the race.


In an effort to get more members involved, suggestions and ideas were gathered at the annual meeting or expressed to board members.


-Have informative meetings of interest and importance to Lake Thompson Owners that are not necessarily with a meal. --Hold informative meetings (AIS, fish population, boat etiquette) on Sunday Mornings for those who cannot arrive in time for the annual meeting or other evening gatherings.


-Many owners do not arrive in time for a meal and/or meeting in the evening on Friday or have children and cannot get away for a meal.


In an attempt to include all Lake Thompson Association members in activities, we request that you would please contact the board with your opinions.  We need your input on ALL ISSUES and on the ICE DRAG RACE.


MEMBER EMAIL ADDRESSES:  There are some members whose email addresses are no longer valid.  Please contact Mike Rolling with your correct email address if you are not receiving email from the Lake Thompson Association. (rollingm@dwave.net)  We are still sending snail mail for important subjects and notices, however, it is more convenient and cost effective to send emails for some issues or subjects.

SEE YOU AT THE PICNIC!


Posted by Northern Light at 12:02 PM No comments:

The date for the Annual Picnic on the Flyer that was sent out was incorrect. It was listed as Monday Aug. 13. but it 's really Sunday  Aug. 12.  Stay posted as soon as I get a copy of the letter to post  I will put that up as well. There will also be hay rides for the kids.
Posted by Northern Light at 10:31 AM No comments:

A Walk on the Dock with Michele Sadauskas 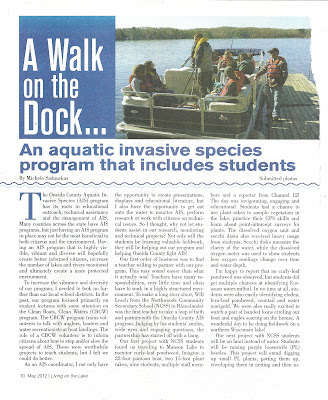 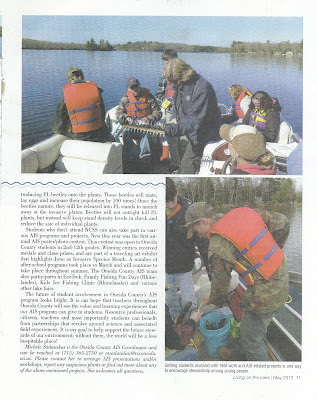 Posted by Northern Light at 4:23 PM No comments:

Your Pelican Town Board